Our member groups work hard every day to address environmental health risks, restore natural habitats, protect wildlife, reduce global warming, and much more. EarthShare of Georgia annually certifies that member groups operate within the highest ethical and professional standards and engage in active programs that protect our air, land, water and health on local, national and global levels. The following are some highlights from 2017:

– Led more than 125 FREE bird walks around the metro-Atlanta area, attended by more than 1,000 participants.

– Advocated for $133.7 million worth of bike projects and 65.5 miles of bicycle infrastructure in the latest T-SPLOST.

– 12,000 pounds of produce was grown in the Unity Garden and donated to a local food pantry.

– 4,256 Samples were collected and analyzed by Neighborhood Water Watch (NWW)

– Hosted 5,310 students and teachers on the Lake Lanier Floating Classroom

– Through our events, outings, and trash clean ups; we removed 23.4 tons of trash, recycled 2.5 tons, and hosted 1,004 volunteers to make it all possible

– One new permanent exhibit has been installed: The Pollinator Pass and demonstration beehives.

– More than 65 volunteers planted 150 trees, wood-stained two bridges, and planted a butterfly garden at one of the Southern Conservation Land Trust properties in the upper Flint watershed at EarthShare of Georgia’s 2017 Corporate Green Day Challenge.

– Friends volunteers helped with the Gardens of the World Ball floral arrangement preparation.

– The Stewardship Trips and Service program hosted nearly 3,000 individuals on 50 hiking, biking, paddling and service trips across the state.

– The Land Conservation Initiative helped to place 7,843 acres of land into permanent conservation. Over its 5 year history, the LCI program has helped to protect 61,000 acres.

– The Advocacy Director spent more than 550 hours at the state Capitol advocating for Georgia’s natural resources.

– Surveyed more than 250,000 acres of unprotected wildlands in the Chattahoochee National Forest.

– Spurred a 44 percent increase in the number of organic farms over the past two years to meet our 100 Organic Farms campaign goal and provided cost-share to eight new organic farmers. – GOS awarded $16,000 in research grants in support of graduate students investigating the climate driven decline of bird species in the southeastern U. S., investigating factors limiting songbird distribution, and the effect of predator enclosures on nest success of Wilson Warblers.

– Provided 900 individuals with an experience on a Georgia river through paddling trips and events.

– Supported 30 watershed and water trail groups with resources and assistance so they are empowered to protect their local river.

– Through Georgia Wildlife Federation’s Hunters for the Hungry, more than 1,496,000 meals of venison have been donated to Georgians in need with the help of hunters, processors and food banks.

– Bring One for the Chipper celebrated its 25th year of tree-cycling in 2016.  108,468 trees were collected in total.  Of these, 105,369 were recycled into mulch for local playgrounds, city and county landscaping projects, and individual homes.

– Through Great American Cleanup events across the state – 298 gardens and green spaces were created; 6,245 trees, seedlings, flowers, and shrubs were planted; 1.7 million pounds of litter were collected.

– In 2016, KGBF was able to introduce ‘Leaders Against Litter’, an environmental PSA opportunity for Georgia’s elected officials during the 2016 legislative session.

– Had our 15th annual Reptile Fest – In 2016, Park Pride worked with 105 Friends of the Park groups and 6,300 volunteers who contributed 20,000 hours of service to parks throughout the City of Atlanta and DeKalb County.

– Park Pride was recognized in 2016 as a Charity Navigator Four Star Charity — the highest designation possible. 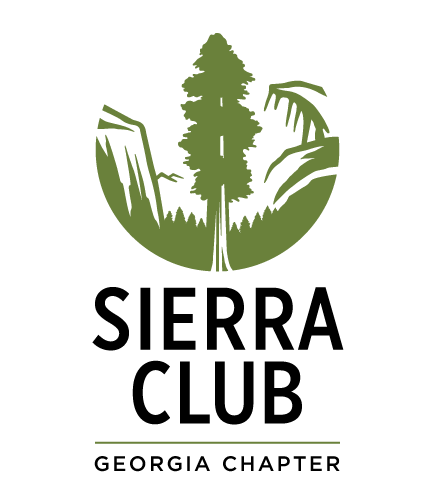 – Worked with Calpers, a Southern Company owner (2.6%), to introduce a 2-degree risk resolution at the annual Shareholders Meeting. Thirty four percent of shareholders were in favor of the company doing a preparedness study for the 2-degree increase in climate.

– Partnered with several organizations to encourage residential and commercial installations of solar in DeKalb county. We hit our goal of 100 contracts for a total of 698kW of solar to be installed.

– Hosted 3 clean energy town halls in Rome, LaGrange, and Savannah attended by 175 Georgians statewide. Our team submitted 17 letters and 3 op-eds (two were published) to the editor, generated 1039 comments to the Georgia Public Service Commission and recruited diverse voices to speak on our behalf at 3 public hearings; resulting in Georgia Power’s commitment to pursue enough solar energy to power 264,000 homes.

– Successfully advocated for the largest increase in renewable energy commitments to date by Georgia Power.

– Through our leadership in national networks, advanced new initiatives including healthy homes and Green Infrastructure and Resilience Institute

– Southern Alliance for Clean Energy- Successfully advocated for the largest increase in renewable energy commitments to date by Georgia Power.

– Planted over 6,700 trees and seedlings with over 30,000 volunteer hours in more than 70 neighborhoods in the metro Atlanta area.

– Advised hundreds of concerned community members and advocated for the preservation of dozens of acres of forested land threatened by development through our Canopy Advocacy program.